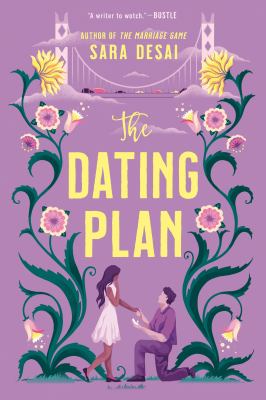 ► ▼ Google Preview
▼ Summaries & More
Summary: "Without rules, these fake fiances might accidentally fall for each other in this romantic comedy by the author of The Marriage Game. Daisy Patel is a software engineer who understands lists and logic better than bosses and boyfriends. Ever the obedient daughter, she always follows the rules, but the one thing she can't give her family is the marriage they expect. With few options left to her, and desperate to escape a parade of unwanted suitors, she asks her childhood crush to be her decoy fiancée. Liam Murphy is a venture capitalist with something to prove. When he learns that his inheritance is contingent on being married, he realizes his best friend's little sister has the perfect solution to his problem. A marriage of convenience will get Daisy's matchmaking relatives off her back and fulfill the terms of his late grandmother's will. If only her brother hadn't warned him away... Sparks fly when Daisy and Liam go on a series of dates to legitimize their fake relationship. Too late, they realize that very little is convenient about their arrangement. History and chemistry aren't about to follow the rules of this engagement"--
► Awards, Reviews, & Suggested Reads
► Additional Content
► Shelf Browser
► MARC Record