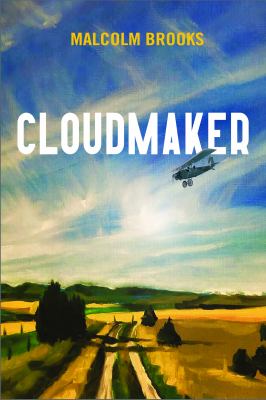 ► ▼ Google Preview
▼ Summaries & More
Summary: "In 1937 Montana, fourteen-year-old Houston "Huck" Finn finds a dead body in a local creek and steals the man's rare Lindbergh flight watch. Huck is an aspiring aviator, working to build his own airplane--a secret he has kept from his God-fearing mother. His cousin, Annelise, arrives from Los Angeles for a long stay with his family, and Huck is initially wary until he learns she has had flight lessons. As his airplane takes shape, and the young cousins avidly follow Amelia Earhart's voyage around the equator, so too does Huck's understanding of the world and his place in it--in particular the tension between heaven and earth, age and youth, tradition and the coming future, that stresses the bonds of both his and Annelise's families. And then there's the matter of the watch, which it turns out the dead man's cohort of gangsters would very much like back. In Brooks's signature "lush, breathtaking prose" (San Francisco Chronicle) and with a winking nod to the Sam Clemens who inspired its hero's nickname, Cloudmaker is a boisterous, heartfelt novel that confirms its author as a powerful voice in American literature"--
► Awards, Reviews, & Suggested Reads
► Additional Content
► Shelf Browser
► MARC Record