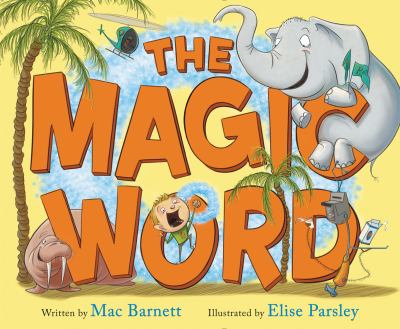 ► ▼ Google Preview
▼ Summaries & More
Summary: Tired of his babysitter asking him to use the magic word, Paxton C. Heymeyer triggers a series of fantastical misadventures when he realizes he can get what he wants by saying "alakazoomba" instead of "please."
► Awards, Reviews, & Suggested Reads
► Additional Content
► Shelf Browser
► MARC Record